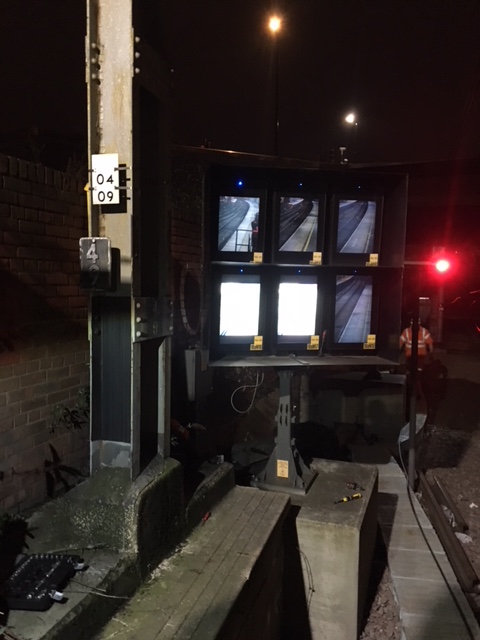 A reporter raised a concern about a malfunctioning camera at Stratford railway station. According to the reporter, camera 5 on platform 10A was faulty and it was affecting the driver’s visibility of coaches 9, 10 and 11 when driving a 12-carriage train in the down direction. Platform 10A is on a curve and there was not a clear view of this section of the train from the front.

The reporter stated that this was particularly unsafe for Driver Only Operated (DOO) trains and when no dispatchers are present. The reporter explained that the driver had to leave the cab, walk to the end of the train, manually close the doors of the three coaches and walk back to the front. During this time, passengers were still able to board or alight the train, reopening the doors and potentially putting themselves at risk of an accident.

The reporter stated that coaches 9, 10, and 11 are the closest to the entrance of the platform, which makes them the busiest coaches and increased the likelihood of a passenger trying to board at the last minute. The reporter also stated that the issue had been reported several times since July 2017, but no action had been taken and feared that it was only a matter of time before an accident occurred.

The reporter asked Network Rail if they could:

Network Rail would like to thank the reporter for bringing this to our attention. Upon investigation, we found the issue not to be a faulty camera but a faulty screen.

This screen is one of a number of screens at Stratford which were installed prior to the London 2012 Olympics, and were not installed in compliance to the current standards required and were not handed over to the maintainer at the time of commissioning.

Since this issue was first reported, the maintainer has taken over the maintenance responsibility and the equipment requires a significant upgrade in order to comply with standards and be maintainable. We are working with the train operator to ensure that safe working arrangements are in place whilst the system repairs/ improvements take place.

The current system, although not installed to the correct standards, is considered to be safe when working in the current degraded mode, provided train dispatch is carried out according to the rules.

The screens were fixed and commissioned successfully earlier this year. In this case, we repaired the existing monitors using a specialist supplier. This got us to a position where safe normal dispatch could take place.

The new screens have now been delivered but will not be installed until later this year because the temporary fix has been so successful.

Working with train operator to ensure safe dispatch of trains.