The impact of level-crossing road traffic lights on vessels at sea is considered. 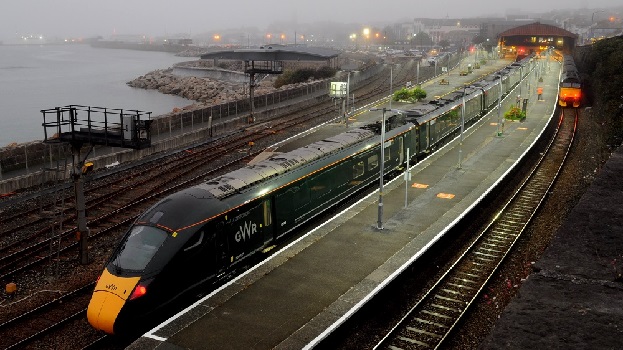 View of the railway at Penzance

A concern raised about the level crossing on the coast at Longrock, Penzance, suggested that anyone navigating a vessel at sea might mistake the red road-crossing lights for a navigation light.

The person reporting the concern said that a vessel could be drawn towards the coastal rocks by the light – especially at night, or if the vessel is navigated by someone unfamiliar with the area.

They described that when a signaller lowers the level-crossing barriers, the red lights pointing out to sea flash to indicate for drivers on the road to stop. They added that from a distance these lights could appear as slightly flickering, and run for 15 or 20 minutes with the barriers lowered.

They said that Network Rail will have risk assessed the level crossing from a rail, road, and pedestrian perspective, but believed it had not been from a maritime perspective.

The reporter asked Network Rail to assess risk from a maritime perspective, and consider either adding a shield to reduce the lights' intensity, or changing their position.

We risk assess all level crossings under our control and operation, and the frequency of this is driven by the risk at a crossing. The last risk assessment at Long Rock was 15 January 2020. It is assessed every two years, three months. We have not previously been made aware of any concerns, issues or incidents at this crossing regarding the perceived risk.

We can confirm that the road traffic lights at Long Rock crossing only light up with the presence of a train, so most of the time there is no light. Data from the crossing log, from a 24-hour period on 19 January 2021, identified five hours, two minutes and 54 seconds where the red lights were illuminated. The minimum time was two minutes and 39 seconds. The maximum time was seven minutes and seven seconds.

We acknowledge that one of the four road traffic lights may be visible from the sea. The current risk assessment describes the crossing’s location – its proximity to the car park, coastal path and the sea. It does not consider the perceived risk to maritime users. As a result of this report, this will be considered in future. If the risk is credible, we will identify mitigations with the support of the head of the Level Crossing Technology team, ensuring that any mitigation will not breach UK legislation on road traffic lights.

To ensure appropriate expertise during the assessment of risk, we contacted the Cornwall Harbour Office. Its response as follows will be included in the next risk assessment: ‘Please be advised that Trinity House does not consider that the level crossing light at Longrock, Penzance, poses a risk to maritime users when the crossing is in operation.

‘For your information the legislation that applies to this type of application is section 220 of the Merchant Shipping Act, 1995 – Prevention of False Lights.’