A reporter has raised a concern regarding unsafe practices at Willesden Junction depot, which they say have been going on for over a year.  The reporter believes that rules and procedures are not being followed.  The examples given are a disregard for depot speed limits and not reporting operational incidents.  Additionally, the reporter believes employees are carrying out roles which they may not be competent for, and is concerned that this may result in employee injuries or operational incidents.

Bombardier is asked to: 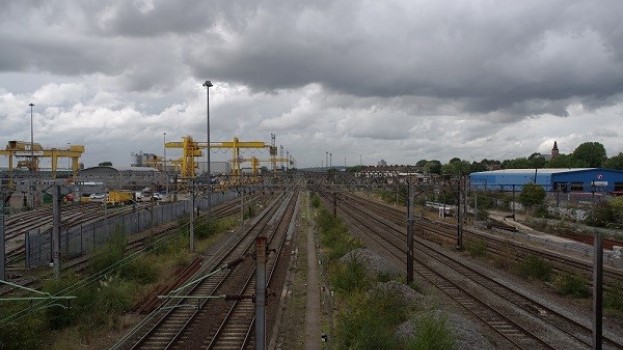 Safety is Bombardier’s number one priority.  One of our company’s key strategic priorities is to keep our staff, contractors, customers, users of our products and visitors safe and to reduce our environmental impact.  We aim to establish a zero-tolerance culture where exceptions to safe behaviour and safe workplaces are not accepted.  This has been globally branded as Safety – No Exceptions.  We arranged an independent investigation by a member of the UK Health, Safety & Environment team into the concerns raised.  The key findings are summarised below.

A random sample of activities took place at the depot.  The work observed included four pieces of modification work to rail vehicles carried out within the maintenance shed by the local team and operatives from a separate Bombardier division, and upgrade works to train access platforms in the sidings and the pit board system within the maintenance shed, both carried out by external contractors.

The significant hazards associated with the rail vehicle works were falls from height, train-borne electrical hazards and train movement hazards, which are addressed by the depot’s core safety procedures.  A high level of compliance with the mandatory controls documented in these procedures was evident, in addition to which all operatives were compliant with the depot’s mandatory personal protective equipment (PPE) standard.

No remedial actions were necessary with respect to the observed working practices.  There were minor non-conformances identified with respect to details on the Control of Contractors Board and the management of Permits To Work, which are being addressed.

The depot’s system of continuous monitoring of the working environment to identify unsafe acts and conditions was also examined.  In 2019, 148 safety tours and ad-hoc checks have been carried out by 51 people including the UK heads of operations and the Health & Safety Executive (HSE).  It is mandatory for each member of the local management team to carry out one safety tour or ad-hoc check per month, which should include a safety discussion and examine a particular topic in detail where possible.

The management team has completed 67 so far and is meeting its target.  The safety tour system is functioning as intended and no remedial action is required. During the audit, it was found a vehicle had been let through the gates that morning, so CCTV of the vehicle’s entry to the depot was reviewed.  Whilst it was not possible to determine its exact speed (the limit is 5mph), the vehicle was clearly travelling within its stopping distance given the environment (car park) and was under control.

The depot’s system for documenting hazards and near misses was examined for speeding incidents – one was found, dated 2018, which was addressed through the implementation of a booking system for deliveries.  When asked, the security guard stated that there had been instances of speeding, but these are now infrequent.

It seems likely that there have been instances of vehicles exceeding depot speed limits that have not been reported, logged and addressed.  With respect to the concern over incidents going unreported, the depot’s system for reporting and documenting near miss and hazard reporting data as well as other reporting channels were examined.

Since 2016, the depot has reported 317 hazards and near misses and shows a closure rate of 95%.  Nine accidents were reported, all of which were ‘minor’. Staff are asked to report all hazards, near misses and accidents. Posters are available providing guidance on their classification, reporting and escalation in line with both UK and corporate requirements.

In addition, ‘shop floor’ safety meetings led by the shift manager and supported by the wider management team take place three times per week to give staff an additional opportunity to report health and safety issues and track progress of remedial actions.  Reporting cards are available in the foyer to facilitate anonymous reporting.  The depot has a transparent system for reporting health and safety issues, which a wide range of staff continue to make use of.

Examination of the system confirms that no individual has an expired competency and that the system enables training and competency issues to be actively managed to prevent this happening.  The system is supported by regular meetings between the depot and Training and Competency department, to ensure that training and competency requirements are identified, communicated and planned in.  The shift roster and local training matrix enable the depot to plan resources effectively, ensuring sufficient staff with the necessary competencies are ‘rostered on’.

A review into how the Control of Contractors Board is administered has been arranged.

A briefing has been issued to all staff reminding them that instances of road vehicles speeding in the depot are examples of near misses and if seen, must be reported as soon as possible to enable suitable action to be taken.