To mark CIRAS’ 25th anniversary, chief executive officer of RSSB Mark Phillips – also a CIRAS director – shares his thoughts on the organisation’s importance, from our start in 1996 to our future evolution. 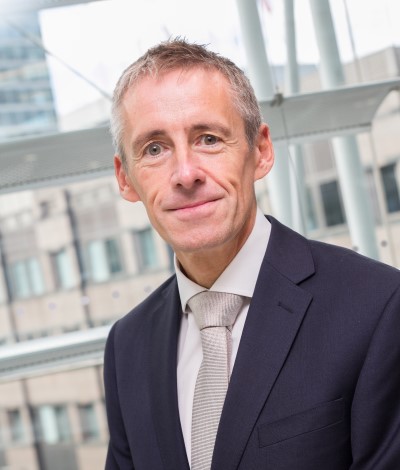 Thinking about the role of CIRAS in the transport sector today, it’s always worth remembering its history.  CIRAS was formed following a train accident at Greenock in Scotland and later embedded across the rail industry after the Ladbroke Grove rail accident in 1999 and then Hatfield in the following year.

Safety culture in the rail industry has changed hugely since then.  Sadly – and this is almost incomprehensible to us now – serious, fatal train accidents were not infrequent a quarter of a century ago.

We’ve made big strides and improvements since then, and if you were to compare Britain’s rail system with many that operate in Europe, it continues to be one of the safest rail systems.  That’s a reflection of this step-change.

But we need to maintain vigilance.  That’s about the work that RSSB does to manage industry risk, and it is also about CIRAS providing a route for local-level reports to be taken seriously and properly addressed, to avoid the possibility of a serious accident in the future.

Individual businesses are doing a lot of good work to reduce safety risk in frontline work and operations.  When you put all that together with RSSB’s contribution of guidance and tools to help those businesses, the rail industry is far safer than when CIRAS began.

If someone finds something is not being done safely, or their working conditions could lead to an accident or are unsafe – on the frontline or in an office – it’s really important that they raise the concern so it can be addressed.  Ideally, people are able to raise concerns with their line manager or company reporting channel.  But if that proves unsatisfactory and they still consider there to be a serious health and safety issue, CIRAS provides an independent route for them to raise those issues.

They might also prefer to raise it confidentially, and CIRAS can help here too.  The confidentiality of the CIRAS reporting route is essential as it gives reassurance to those who may feel that their role could be placed in jeopardy – or there might be any other repercussions – if they were seen to be reporting these issues

I genuinely believe that in most cases people who raise concerns internally would not be penalised.  But we do live in a world where it could happen in certain circumstances, so it’s crucial for CIRAS to retain its independence and the confidentiality of anyone reporting concerns.

I, for example, have no knowledge or details of who reports concerns – that’s kept entirely within a very small team within CIRAS. All RSSB sees as a business are the trends of issues – aggregated up to a high level, with no identifying details – so that we can start to think about whether there are risks that RSSB can help the rail industry to address.

Raising a concern with CIRAS gives a company an opportunity to take action on an issue that may otherwise have remained hidden, and I think that recourse to an alternative channel [CIRAS] can really make a difference.

CIRAS has been part of RSSB since 2008, but it’s only in my time as chief executive [since 2016] that we’ve properly organised it, establishing it as a subsidiary of RSSB Group where it contributes to RSSB’s value to the industry. So it’s now properly formed, properly structured, financially sustainable and a very important part of the overall RSSB Group.

As we come out of the pandemic the CIRAS team are once again meeting members in person to discuss how CIRAS can benefit them, whether that’s in the future or through exploring how they can make the most of their membership right now.

As it develops, CIRAS is welcoming different types of organisation as members – across the transport sector and beyond.  I think there are a lot of synergies between sectors, where shared good practice and learning from the rail and bus sectors, for example, can equally apply to construction, ports, tram systems and so on.

However CIRAS continues to evolve, the important thing is that it will continue to provide the core confidential reporting service, the important work of listening to concerns so that companies can act.

25 years of CIRAS: our anniversary year