Mental health and wellbeing surveyed across rail and maritime

New research on the mental wellbeing of rail and maritime employees has identified the best ways for employers to positively impact mental health in their workplace. 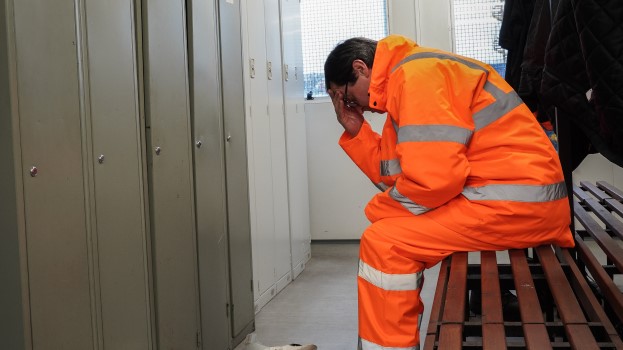 Two recent surveys – by Rail Safety & Standards Board (RSSB) and the National Union of Rail, Maritime and Transport Workers (RMT) – have revealed the prevalence of symptoms of mental health conditions across the rail and seafaring transport sectors, as well as recommendations for how employers can have the greatest impact on improving mental health.

Nearly 4,000 rail employees (half being frontline workers) responded to RSSB’s survey – which ran in 2020.  The RMT surveyed its seafaring membership in mid-2021.

The RSSB findings led to the organisation calling for ‘fewer yoga sessions and fruit bowls’ and that ‘better working conditions should be the priority’.

Its psychologists suggested employers focus on factors they can directly influence, using ‘local data better to target more specific intervention where it’s most needed’.  For example:

‘There should be more support for those who may be socially excluded such as new starters or those with a disability.  There needs to be more reaching out to vulnerable employees with pre-existing mental or physical health conditions, ringfencing time for line managers, union representatives, and wellbeing champions to provide support.’

The survey aimed to identify factors that could improve mental health.  It found that key things that provide protection for mental wellbeing are working in the rail industry for over a year, a positive social environment, and when an individual feels their work is useful.

It also identified a range of risk factors, including work intensity, poor physical environment, bullying and harassment, exposure to a fatality, physical health problems, poor workplace ergonomics and zero-hours contracts – among others.

RSSB has reviewed the results to learn more about the impact of employees’ mental health on the employer too.  For example, staff were six times more likely to be absent due to a health problem caused, or made worse, by work than a workplace accident.  When surveyed, 52% of all respondents to RSSB’s survey said they experienced psychological or mental health issues (such as anxiety, depression or trauma) as a result of their work in the rail industry.  And 12% of participants said they had had an accident or incident at work where they felt their mental health was a factor.

RMT general secretary Mick Lynch commented that its own survey ‘shows employers need to remove the stigma which still exists with regards to mental health.

‘They need to listen, respect confidentiality, and stop treating seafarers as an afterthought and put in the resources that are needed.’

He mentioned various RMT priorities for improving mental health provision, highlighted in the responses to RMT’s survey, including:

The reference to stigma comes as the survey revealed nearly 48% of seafaring members – and 32% of divers, offshore and port workers – have encountered hostility or ridicule regarding mental health issues, ‘astoundingly, given today’s supposedly progressive attitude towards mental health’.

In the RSSB survey of rail employees, more than one in three respondents (43%) met criteria for a clinical mental health condition.  Symptoms of depression were most frequently reported.  Poor mental health may have increased in rail employees since the pandemic started, according to the results – a trend also seen in the general population.

The rail employees surveyed experienced a 1.5-times higher rate of anxiety than the general population.  This potentially relates to working in public-facing roles and increased pressure at work, with one in three participants reporting an increase in work pressures.

Both surveys revealed findings about employers’ provisions for mental wellbeing.

RMT’s survey asked about its members’ access to a ‘listening ear’ or counselling services, finding that fewer than 36% of seafaring respondents said they had someone on-board to talk to about their mental health.  Similarly, 60% of divers, offshore and port workers said there was no one to talk to about mental health in their workplace.

Nearly 42% of seafaring RMT members – and 55% of divers, offshore and port workers – do not have access to a telephone counselling service.

Looking at employers’ mental health provisions, the RMT survey showed nearly 66% of seafaring members’ employers do not provide funding for counselling services ashore, and the same percentage of members are unaware of any company policy on mental health.  The figures are even higher among divers, offshore and port workers.

RSSB found that despite the prevalence of symptoms among the respondents to its survey, only half sought help.  Access to evidence-based therapy for those who met criteria for a post-traumatic stress disorder was low.

If you are concerned about mental wellbeing in your workplace and its impact on safety, remember that CIRAS is available for you to report your concerns confidentially – we protect your identity and share the company’s response to your concern with you.

RSSB: how is the mental health of rail employees? (includes downloads of the survey and briefing)

Mental wellbeing: where to find help – and how to offer it to others who may be struggling