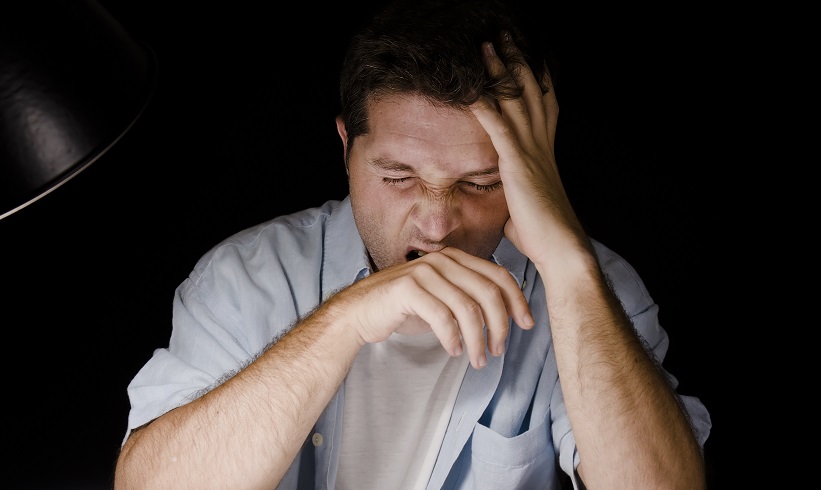 With up to one in eight people now working night shifts in the UK, it’s as important as it’s ever been to understand the impact of sleep on health and safety. Members tell us that night shift workers can be affected by their working patterns, and the effect of shifts on staff wellbeing is a common theme in reports to CIRAS. Here, we share the findings of a recent University of Oxford study, exploring the influence of work schedules on sleep, mental health and sleep-related accidents.

Researchers from the University of Oxford’s Sleep and Circadian Neuroscience Institute (SCNi), in partnership with The Liminal Space and Network Rail, conducted an industry engagement, academic research study to explore the influence of work schedules on sleep, health and wellbeing in early 2020. With support from the Track Safety Alliance and led by RSS Infrastructure, it surveyed a range of trackside workers from across Network Rail and its supply chain. The 267 respondents who fully completed the survey were from across all age ranges, and about two thirds had been shift working for more than five years. The gender split was 14% female and 86% male. The study compared the experience of those working irregular shifts, occasional night shifts, permanent nights and day workers. The study’s preliminary findings are being considered with a view to determining the next steps.

Sleep behaviours
Working consecutive nights appears to have the biggest negative impact on sleep and restedness: 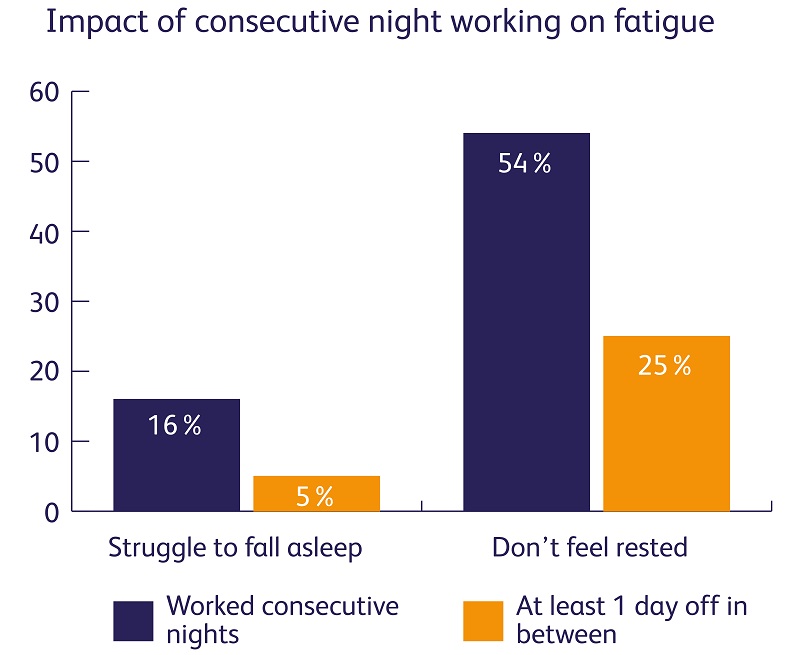 It also seems that lack of sleep is a bigger issue for those who don’t work night shifts all the time. Nearly two thirds (59%) of respondents who just worked night shift occasionally reported not getting enough sleep. Far fewer – around a third – of those on permanent nights felt this way.

Sleep and mental health
The survey provided interesting insights into the impact night working has on mental health. Those on rotating and permanent night shift were twice as likely to suffer anxiety and depression as day workers. The study provided evidence that night working impacts on personal relationships too. A third of night shift workers reported that working shifts caused problems with their partners or children, compared to 12% of those on day shifts. And 31% of rotating shift workers reported spending quality time with their partner or children just once a month – or less.

Sleep and accidents
When lack of sleep leads to fatigue it can increase the risk of health and safety incidents. Rotating shifts seem more likely to cause drowsiness than permanent night working. Around 8% of survey respondents who worked rotating shifts reported nodding off at the wheel at least two or three times a week, and 10% said they fell asleep while resting their eyes at a red light several times a week. Those who worked permanent nights were far less likely to experience this. Overall, 16 respondents reported that they had experienced a work-related accident due to feeling sleepy.

Next steps
Network Rail says that these preliminary findings demonstrate a need for targeted intervention and preventative actions to reduce immediate risk to safety, and to mitigate the long-term impact of shift work on mental health and overall wellbeing. Some areas they are interested in investigating further include:

To find out more about the survey, contact Russell Bradshaw from RSS Infrastructure at russell.bradshaw@auctusmg.co.uk.