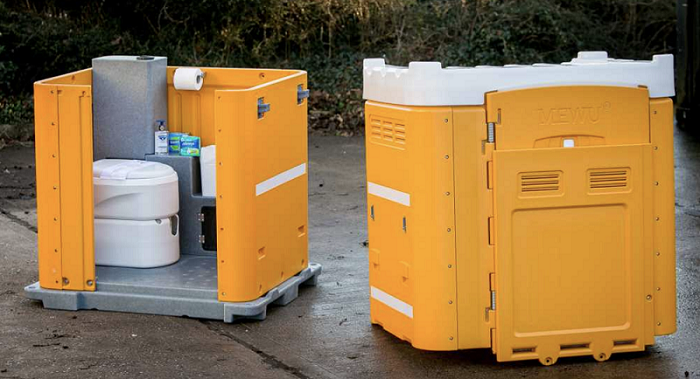 When David Sowter (then of Amey, now Selectequip) was doing a site walk it became apparent that toilet facilities on site were not available at the point of work. His experience triggered an idea to develop a site toilet facility. What followed was a cross-industry collaboration which led to the development of the Mobile Expandable Welfare Unit (MEWU), a modular wellbeing unit that can be deployed anywhere on site, including on track.

During the site walk, David observed that there were no real toilet facilities and workers were just hiding behind a bush, with nowhere else to go. Site toilet facilities were needed which would be easy to set up and portable, to support workers on possessions and other temporary work sites.

After the visit, David found himself speaking to colleagues in Network Rail, who mentioned that the TSA was looking to run a new campaign, entitled ‘1 minute to welfare’ which came about after discussion at a TSA conference around access to welfare facilities. The idea behind this campaign was that all staff should be able to access welfare facilities within a minute of their work site. David discussed his idea with the TSA, and they asked him to develop the concept further. 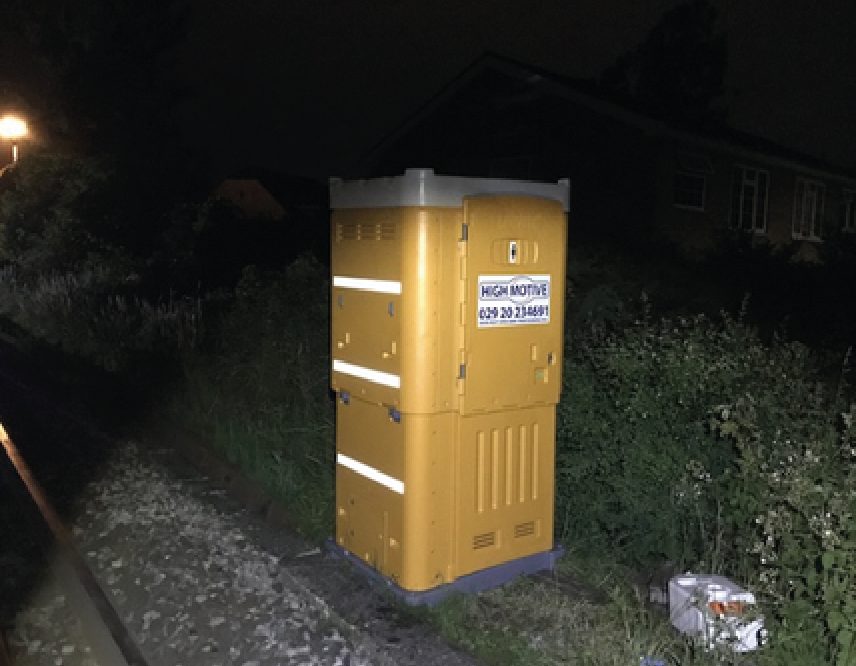 How collaboration supported the project’s development

The first challenge was to determine what the requirements for such a facility would be. Discussion with the TSA’s members revealed the need for a unit which could be transported easily between sites and then beyond site access points onto the trackside.

Wider discussions with HR colleagues also highlighted the need for the unit to be able to handle the disposal of sanitary products, to provide wellbeing facilities for all staff on the work site. Many colleagues spoke up about how the welfare provision affected their diet – some would even drink or eat less so they did not need to use the toilet during their shift.

Discussions also raised issues with staff suffering from medical conditions, who would often avoid eating or drinking or sometimes have to take time off when their conditions flared up, as they worried about access to wellbeing facilities. A side benefit of these conversations was increased awareness of some of these conditions across the sector.

After these issues had been raised, David and the team at the TSA needed to find a manufacturer who could develop the wellbeing unit. David got in touch with Henry Spence, managing director at Selectequip. From that moment, Selectequip joined the collaboration and were committed to making the concept of the MEWU a reality.

The next step was to develop and test solutions. Selectequip, Network Rail and the TSA initially investigated whether Portaloos could meet the need. Discussions with environmental teams revealed that the chemicals in Portaloos would mean that any contractor using them would need a waste carrier's license. This led to the decision to develop a toilet with a waste cassette (similar to those in caravans) which is easier to remove, maintain and dispose of.

Discussions also identified that the dimensions of portable toilets also made such units difficult to manoeuvre onto site without developing specialist equipment.

The environmental teams suggested that a unit would need to fit onto a euro-sized pallet, to ensure that it could be easily transported to site and deployed on track. As a result of these collaborations, the project team came up with a collapsible unit with a removable waste cassette. As the MEWU collapses to a 4ft cube, it fits onto a standard-sized pallet on any flatbed and can therefore be deployed on track.

As the project team spoke to more people, new ideas for how the unit could support staff welfare started to develop. It emerged that the TSA was also backing a challenge to ensure site workers had access to a defibrillator within two minutes, so it was agreed that a defibrillator could be attached to the exterior of the MEWU, where it can be immediately accessed and rapidly deployed in a medical emergency. Discussions highlighted that defibrillators fail to function below 0 degrees Celsius, so further development work was carried out to create a thermally lined Peli Case for the defibrillator, which functions at any temperature above minus 29 degrees Celsius.

Finally, there were discussions around including a stretcher. It is often difficult for paramedics to reach a casualty on site, due to the location of the worksite and the distance between the casualty and the site access point. The suggestion of a stretcher was initially met with some resistance as there are risks associated when moving someone with injuries.

Eventually, a stretcher was included to enable the casualty to be quickly transported to an accessible point on site that could be easily reached by the paramedic.

After three years of collaborative development, the MEWU was manufactured and arrived this January, where it was launched to Network Rail. The MEWU's arrival meant that the TSA’s ‘1 minute to welfare’ challenge had been successfully completed.

The MEWU has now been deployed on site for the first time at Network Rail Eastleigh, where it has provided complete wellbeing facilities for all staff on site as they carry out critical works on track.

If you want to find out more about the MEWU project contact David Sowter at dave@selectequip.co.uk.