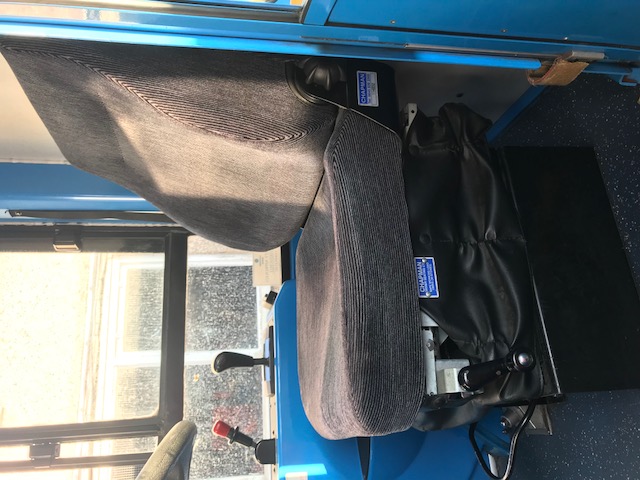 Concern
Two reporters raised concern about the Dennis Enviro 200 bus drivers’ seat causing back pain. According to the reporters, several of these single decker buses had defective drivers’ seats, causing drivers back problems and sciatica. The problem arose after the buses were sent for refurbishment and then came back with the wrong or malfunctioning seat.

The reporters advised that these seats were supposed to be the Chapman back rest seat type – however, they were apparently reassembled with different parts from different makers and therefore could not be adjusted the way they should be.

The reporters stated that the union ran an audit and identified the defective seats, but no action had been taken to rectify the issue. The reporters were aware of several drivers experiencing back problems and feared that it could result in long-term damage. The reporters suggested that pain caused by the seats could lead to distraction and road traffic accidents.

The reporters asked if London Sovereign could:

London Sovereign’s response
London Sovereign considers the safety of our employees a priority and a continual effort is made to ensure all work equipment, including cab seats do not present a risk to their health and welfare. We have worked closely with Unite the union for a number of years to make improvements to driver comfort, which has focused largely on cab seat functionality, suitability and ensuring regular inspection and maintenance takes place. Union consultation did not lead to a written agreement, nor did it lead to only one particular type of cab seat being fitted, such as the ‘Chapman’ highlighted by the reporter.

Following receipt of this report, the management team at London Sovereign met to address the individual issues raised by the reporters and conducted a full investigation. This process involved reviewing driver sickness and absence records, which found that there have been no reported absences relating to back pain or sciatica linked to cab seats. In addition, a comprehensive audit of all cab seats across the fleet was conducted. One defective cab seat at Harrow garage was identified – this was refitted with a new ergonomic cab seat earlier this year.

The Engineering Managers confirmed that all other cab seats were found to be ergonomic, fully functioning and free from defects. The suitability and quality of internal processes were also reviewed to ensure defects are identified and closed out without unnecessary delays.

As a garage that operates a number of different routes, it often means that drivers will be required to drive different buses that have different cab seats. Even though each bus seat is ergonomically compliant, it is often found that some drivers will have a preference to a certain type of bus seat.

London Sovereign are committed to ensuring all cab seats are ergonomic but cannot commit to refitting the fleet with Chapman type cab seats as requested by the reporter, as this is not reasonably practicable.