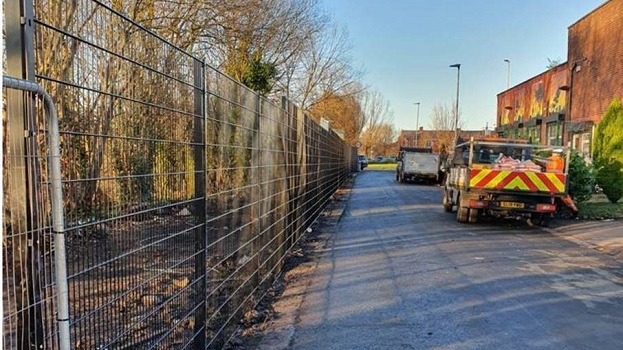 We received a concern from someone about a gradual build-up of debris and litter between Ryder Brow and Belle Vue stations. They told us that this also impacts Gorton and Fairfield stations, and noted that shopping trollies had been seen on the line between Ryder Brow and Belle Vue stations on occasion. They wanted Network Rail to review this location and remove any debris and litter.

Unfortunately, the railway environment has seen the number of waste disposals and fly tipping increase dramatically over the past few years based on several factors. Before Covid-19, we regularly ‘cab rode’ each line of route to look at the risks and dangers that could affect it. This entails a member of the Network Rail Infrastructure Maintenance team riding a timetabled service in the cab and making observations on any track or permanent way issues.

We have requested that the area be cab rode as soon as Covid-19 restrictions are lifted. In the meantime, there has been a track patrol on both lines of route. Any lineside risks or dangers were identified and reported to the London Northwestern Control team to be raised on the fault management system (FMS), and a competent contractor appointed to remove the risk, which has now been completed.

The long-term solution involves better or improved fencing provisions to the trackside and to bridge parapets. Where we identify repeat offences of fly tipping or trespass, we request a change to fencing type. The fencing along the lines identified in the CIRAS report is currently being re-inspected, and the areas monitored. Repeat offence sites will be prioritised for changes to fencing and scoped for delivery. One site near Belle Vue has recently been re-fenced and there have been no recurrences.