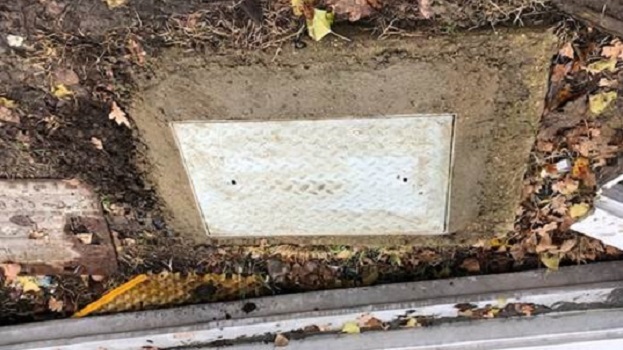 A reporter raised a health and safety concern about raw sewage in Chingford yard at Chingford station. They said that the cesspit cover by the shunters’ cabin had eroded, leading to unpleasant smells throughout the yard and shunters’ cabin and causing raw sewage to leak.

The reporter was concerned about the potential impact of this on employee health and wellbeing, but also that any of the employees who can access the yard might step in the raw sewage and carry it on to trains and through the station.

The reporter therefore asked Arriva Rail London (ARL) if they could:

ARL acknowledges that there was a defect in the cesspit cover as detailed by the reporter. This defect was first identified during a Planned General Inspection (PGI) in June 2019. The PGI report was filed and an email sent to local management but, as there is no automatic system for escalating issues identified during PGIs for rectification, the matter was not further progressed.

After a period of several months the reporter noted that the cover had not been replaced and decided to report the issue via CIRAS. When ARL was contacted by CIRAS about the defective cover, the ARL facilities management (FM) team immediately carried out a site survey and agreed that the cover was defective and needed to be replaced. A new cover was ordered and installed as soon as it had been received from the suppliers.

The surrounding area was also thoroughly cleaned to ensure that any of the remaining contaminants had been removed. All rectification work took place at the end of November 2019. No further concerns have been raised. ARL has systems in place for reporting safety concerns and FM issues.

ARL was concerned that this issue had not been reported through these channels which could have enabled a faster resolution.

In light of the apparent lack of knowledge of these reporting systems in this area, the FM team issued a company-wide briefing note on 3 December 2019 advising of the fault-reporting process and arrangements for escalating reported faults that have not been addressed. In addition, further communications are being issued about the company’s safety reporting app and online tool for all staff.

In addition to the above, all personnel carrying out PGIs and safety tours have been requested to raise any plant defects using the appropriate reporting tool.