Worn out? Dead tired? Fatigue risk on the railway

How to recognise the signs of fatigue and why fatigue matters on the railway for health and safety.

Our article below appears in the February 2022 edition of Railnews. 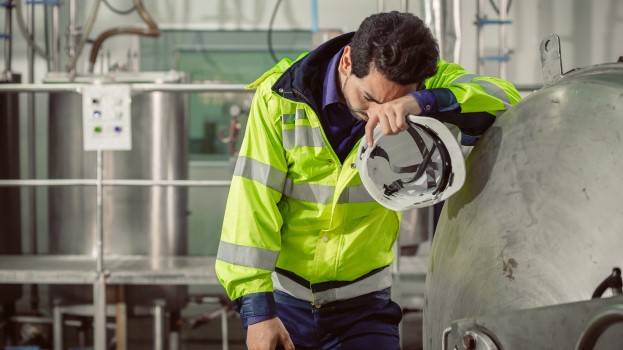 Fatigue affects much of our daily lives and is harmful.  You may not even realise you are fatigued.  But what is its impact on health and safety?

The Office of Rail and Road defines fatigue as weariness or general tiredness from working for too long, working against our body clock (for example regular night shifts), heavy physical or mental workload, or not getting enough good rest or sleep.

Fatigued, you're likely to be less alert, less able to process information, and will take longer to react.  You may be more likely to make mistakes and take risks or ignore safety rules.

You can also perceive risk differently and have reduced alertness and co-ordination – without realising.  This is alarming in safety-critical jobs, but fatigue is an issue whatever your work.  Network Rail updated its fatigue risk management standard – rolling out fully in October – to highlight its importance.

Recent RSSB analysis of investigation reports showed fatigue as a factor in about 20% of high-risk rail incidents.

Our own analysis – of CIRAS reports from April 2019 to January 2022 – shows that our reporters felt the most likely outcomes from fatigue concerns were major accidents, such as a road traffic accident or a train accident (including collisions, derailments or signals passed at danger).  Accidents to individuals, such as trips or falls, were cited as the next most likely potential outcome, and shift design seen as the root cause of most fatigue concerns.  About 10% of the concerns that come to us each year are about fatigue.

Fatigue can be mental – from long concentration or doing something mentally challenging – or physical, from physically challenging tasks.  It can develop quickly, after a burst of activity, but also over time, through losing sleep.

Feeling tired to the point where you struggle to concentrate or stay awake can indicate fatigue.  So can irritability.  And after 17-19 hours without sleep, the negative effects on your performance can be similar to being over the drink-driving limit.

If you are fatigued, remember to report it to help stop a potential incident.

Whether you are concerned that fatigue isn't being managed effectively, you think ways of working are making fatigue more likely – or you're worried about issues which are causing your own fatigue – please speak up.  Remember, you can raise your concerns about fatigue confidentially through CIRAS.

At CIRAS, we realise fatigue is personal.  It can be hard to talk about for many reasons, such as why you're fatigued and your fear of consequences for speaking up, especially if it means sharing that you've made a mistake or fallen asleep.

We protect your identity before passing on your concern and throughout our process – and we let you know the result of speaking up through us.

Quiz: could you sleep better to help fight fatigue

How to avoid being sucked down the exhaustion funnel