Made in Japan: 10 safety lessons from Fukushima that can be applied in any industry 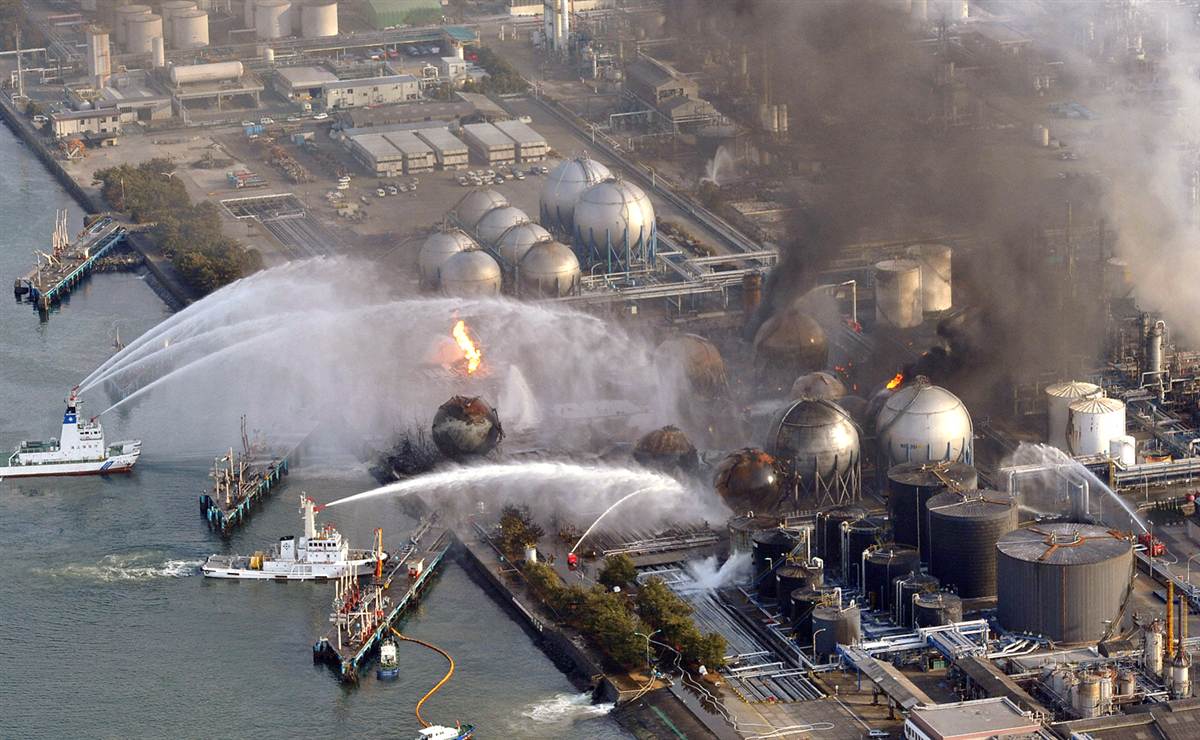 When a 15-metre high earthquake-induced tsunami hit the Daiichi nuclear plant at Fukushima in March 2011, it caused a station blackout and led to the meltdown of three reactors.

It may have been triggered by a massive earthquake, but even the Japanese admitted it was a disaster ‘Made in Japan’. The government-mandated, independent commission investigating said the disaster was preventable and the result of wilful negligence. So what safety lessons can we learn from the world’s worst nuclear accident since Chernobyl, and how do we apply them in other industries?

It was off the risk management radar: an earthquake, followed by a tsunami striking a nuclear power plant on a particular stretch of coastline that had never seen one before. Such an event is what Nassim Taleb (2007) calls a ‘black swan’ – in other words, an extreme, highly improbable event with far reaching consequences. If we don’t plan for black swans, we risk massive failure in the face of adversity. The complex disaster that unfolded at Fukushima never even made it to the risk register. We could all learn to think the ‘unthinkable’ so we are far better prepared when it does happen – you must assume that it will.

The Tokyo Electric Power Company (TEPCO), the nuclear plant’s operator, refused to accept the independent, scientific advice flagging up the significant risk of a tsunami. The management were unwilling to prepare for an event that hadn't yet happened, but was well within the realms of scientific possibility. Locked in to their collective mind-set, they allowed biased assumptions to distort the picture of true risks. Blinkered management thinking can create huge risks of its own. The antidote is to surround yourself with independent views and thinking.

Some cultures like our own encourage debate, whether it be at Prime Minister’s Question Time or over a pint in the pub. Though not everyone likes a debate, when it comes to safety, stifling debate can drastically increase the chances of an accident. Debates provide the right environment for a critical, questioning attitude. Cultural conventions prevented an open debate about the risks of nuclear power in Japan. Obedience to authority, and a reluctance to question the status quo, played their role in hampering the debate about risk. If you want to have a handle on the real safety risks, never stifle the debate.

We need to keep on asking ourselves if emergent risks require a fundamental re-think of operational safety. The Fukushima Daiichi plant had been built in the 1960s, just 10 metres above sea level, with the sea water pumps a mere 4m above sea level. According to the World Nuclear Association, the original assessment for siting the plant relied on data from the Chile earthquake of 1960, factoring in a tsunami threat of just 3.1 metres, hardly a whopper by tsunami standards. But there were tsunamis in 1983 and 1993, with maximum heights of 14.5 and 31 metres respectively. These tsunamis should have forced a complete re-think on the safety risk to nuclear operations (even if they didn't hit the same coastline around Fukushima). Emergent risks can put a massive hole in safety defences that once seemed adequate, so pay attention to them if you don’t want to get caught out.

Japan created its own myth around nuclear power after the oil shocks of the 1970s. Seen as the cornerstone of energy security, nuclear power became an ‘unstoppable’ force. The myth became increasingly difficult to question, packaged up with an exaggerated sense of national pride and self-confidence. The government bureaucracy responsible for promoting the nuclear industry also regulated it, creating a huge blind spot. Ultimately, safety was severely compromised by a nuclear myth that went largely unchallenged. Challenge such myths wherever possible, because behind them may lurk safety risks which urgently need attending to.

TEPCO described the tsunami at Fukushima as ‘unprecedented’. The truth, however, is that they had been warned about the dangers many times over, but failed to act. The International Atomic Energy Agency (IAEA) recommended more effective provision to fight the threat of high tsunami levels way back in 2002. There was no response. In 2008, two and a half years before the disaster, internal documentation shows that TEPCO executives discussed the necessity of coastal defences to protect against tsunami higher than previously recorded in the region. Ignore credible safety warnings at your peril.

No-one expects a massive earthquake, tsunami, and nuclear meltdown in the same afternoon. But that’s exactly what they got in Japan. Imagining the worst possible disaster scenarios is absolutely essential to having the best possible emergency preparations - ideally, the imagination of Hollywood scriptwriters with an apocalyptic vision is needed. There was a clear failure by the authorities to plan for a complex disaster on an unprecedented national scale. Though nuclear disaster drills did take place, they seemed to be performed for cosmetic purposes. Evacuation plans for the public were poorly developed and executed, creating massive confusion after the accident. So drill for disaster, then drill again for complex disaster.

8. Prioritise safety (and mean it)

'Safety first' has to be more than a management slogan. TEPCO’s management started to emphasise cost cutting more as the nuclear power business became less profitable over the years. Safety began to suffer, opening up a gulf between the public relations exercise and the reality. New safety regulations were actively opposed by TEPCO, who feared it would weaken their stance in potential lawsuits. Even basic safety information, such as proper diagrams of piping and other instruments, was not available at the time of the accident, delaying the emergency response. A higher level of knowledge, training, and equipment inspection would also have enabled a more effective accident response. Safety has to be ‘earthquake-proof’ from every angle.

There was a lack of public disclosure by TEPCO and the regulator on the need to re-evaluate the tsunami defences. They had been cosily discussing the issue amongst themselves since 2006, but it all happened behind closed doors. Independent, third party reporting could have broken this stranglehold on information, allowing for a far more open discussion in the public domain. Confidential reporting schemes, for example, often highlight safety risks to generate more transparent discussion. Shine a light on hidden risks with independent, third party reporting and there’s a good chance an accident will be prevented.

Taleb, N.N. 2007, The Black Swan: The Impact of the Highly Improbable. (London, Penguin)