Workforce abuse: listening to your people 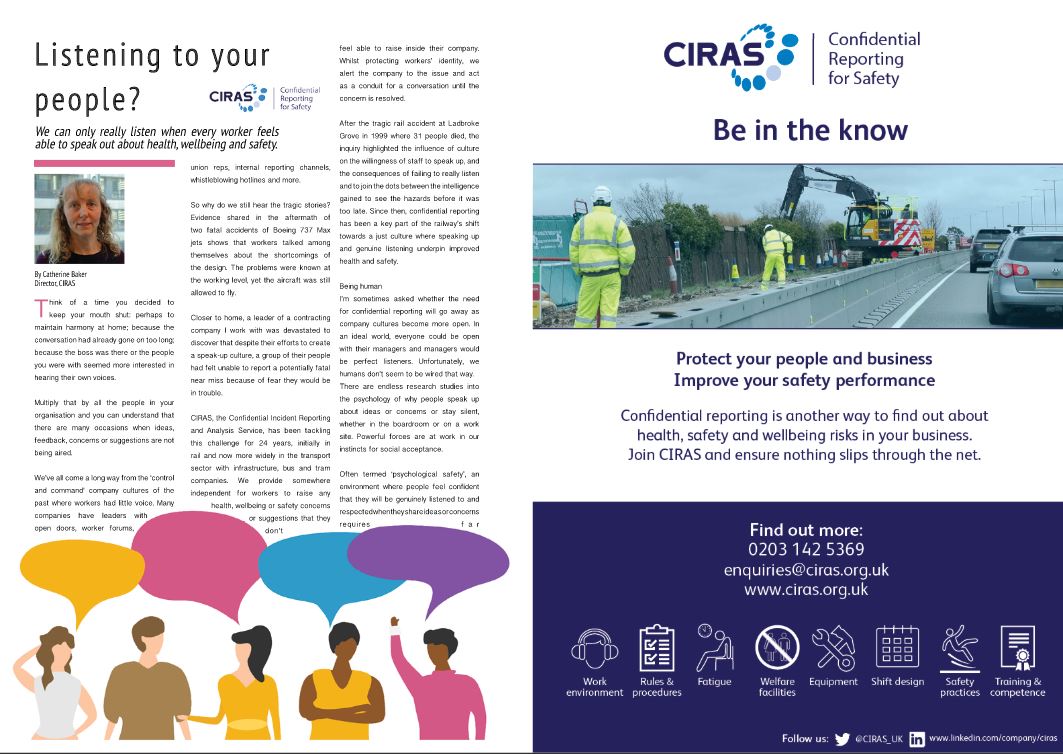 "Take the real issue of workforce abuse. Transport workers are on the frontline for frustrated travellers when journeys don't go to plan, and this sadly translates into verbal and physical abuse.

"Workers who have called us confidentially over the last three years to raise abuse-related concerns have on average put up with the situation for over a year, often longer. The vast majority told us they don't think reporting internally would make a difference – either they had tried and nothing changed, or they had lost faith in even trying. Others told us the company culture kept them quiet.

"We have heard from people who have been or are fearful of being abused because of inadequacies in security arrangements, staff numbers, crowd-control planning, lone working or use of technology. Once alerted, companies investigated and acted where appropriate, to protect their staff. Managers did listen but they only had the chance because CIRAS enabled workers to speak out with confidence."