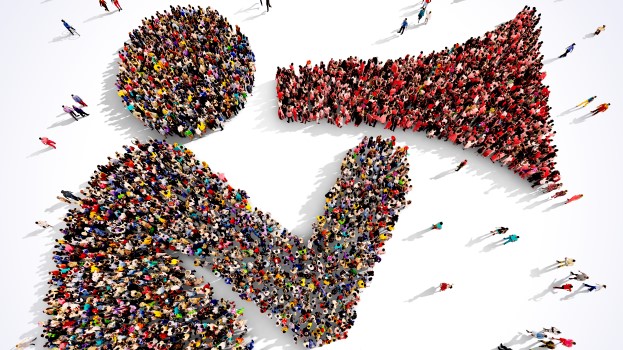 Around 50% of people aren’t speaking up about their health and safety concerns.  That’s one of the findings from recent research on the behavioural nature of safety voice.  I found that quite alarming.  Can it really be true?

Dr Mark Noort’s research found no fewer than 32 factors that influence whether someone will speak up or stay silent – from proximity to the hazard, relations with colleagues, attitudes to risk, and group norms and values.  For me, an important finding was that it’s not enough to provide people with ways to speak up – they must also believe that they will be listened to when they do.

Our data certainly seems to support Mark’s findings.   Since April this year around 30% of concerns raised with us were not reported internally first, and of these around half were because of a negative perception of internal reporting channels.  For example, they didn’t expect a satisfactory response or thought it would take too long.  Our data also shows that, while a growing proportion of those who report to us recognise that their company encourages safety reporting, fewer than half believe that managers take concerns seriously when they are raised.

But what can we do about it?  The good news is: plenty!

At a CIRAS event in July, Network Rail’s director of Diversity and Inclusion Loraine Martins shared some great insights into how Network Rail nurtures a psychologically safe culture – a workplace where people believe that it’s safe to speak up, and nobody will embarrass, reject or punish them for it.

Network Rail’s speak up culture is grounded in ethics – it’s everyone’s responsibility to speak up if something’s wrong because it’s the right thing to do.  Every employee is trained in these principles and there are employee networks to give people with protected characteristics1 a safe space where they can speak up.  These include LGBT+, gender identity, black and ethnic minorities, parents, carers, disabled people, and faith/belief groups.  As Loraine says, if it’s tough for people without these characteristics to talk about their concerns, how much harder must it be when their additional challenges come into play?  And it matters because there must be genuine inclusion before a truly diverse range of voices can be heard.

Building a speak-up culture is also about acknowledging and eliminating behaviours which exclude people and undermine psychological safety.  Network Rail identified a range of these, including microaggression (subtle or unintentional discrimination), in/out groups, bystander syndrome (where people don’t intervene to stop unacceptable behaviour), conscious and unconscious bias, and affinity bias (where people favour others who are like them).  Do these behaviours exist in your company?  What could you do to tackle them?

Our other speaker Chris Paddock, safety and competence manager at Ganymede Solutions Ltd, explained how Ganymede took a different tack to create the right environment for its people to speak up.  They analysed 18 months’ worth of incident and accident data and found themes emerging of situations in which people weren’t speaking up – either because they didn’t realise they should or were reluctant to.  So Ganymede set about educating staff about why they should raise concerns and how to do it, reassuring them that they would be listened to when they did.

The campaign’s nine themes are:

Chris reported that they have seen a real change since the campaign kicked off.  Close calls doubled and they are seeing people having the courage to speak out, for example to make sure they get the right PPE.

In the end, I had two key takeaways from our event.  Firstly – there’s no one ‘silver bullet’ to tackle this but there are some interesting things going on across our member community.  And yes, make the channels available, and ensure people know how to use them.  But to really make a difference, we need to get to the bottom of why people stay silent.  And do something about it.

Watch the recording of the event (members only) 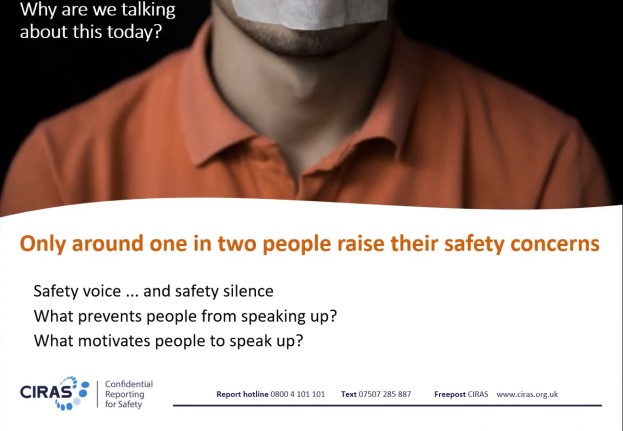 To speak up we need psychological safety

Overcoming the barriers to speaking up and changing the culture

Feeling safe enough to speak up