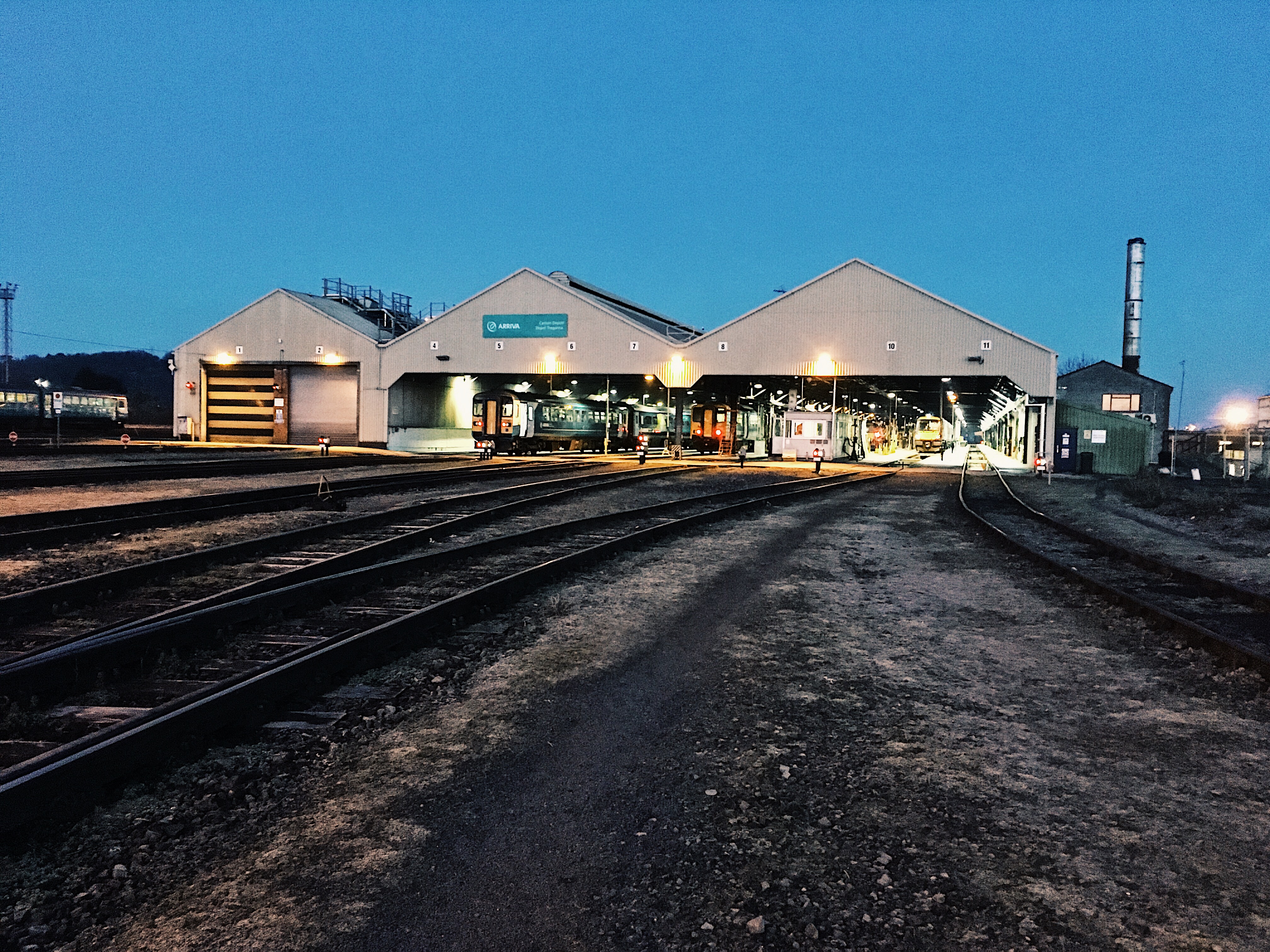 Concern
According to the reporter, the issue started at the beginning of 2017. At Canton Diesel Depot, there were a few entry/exit points that were often under possessions during engineering works, forcing shunters and drivers to use alternative routes.

Trains were being increasingly booked in to arrive and depart via secondary routes Ninian Park (NP) and Leck with Ground Frame (LGF). The potential for conflicting moves was highlighted, as trains arriving via NP and LGF were being controlled by different signallers.

The process was assisted via radio contact. However, the radio channel used was not always available given that up to 10 people could be using the same channel. NP moves were communicated to Network Rail’s signallers via mobile phone to put shunt signals to danger (CF7317 & CF7318), while LGF moves were permitted via possession of an Annett’s key and ground frame operation.

The reporter said that use of NP and LGF routes at the same time, along with shunt moves, could create SPAD and collision risks.

The reporter would like Arriva Trains Wales to revert to the previous procedure using either NP or LGF, but not both at the same time.

Arriva Trains Wales response
In response to the reporter’s concerns, the depot team have introduced a more robust briefing process so that impending engineering works and any associated altered shunting arrangements are communicated to frontline colleagues on a regular basis. This allows colleagues time to raise any particular concerns or indicate any need for further information they may have.

The briefing takes the form of a regular engineering notice. We have considered the reporter’s concerns on the potential for conflicting train movements to take place. Having reviewed the controls currently in place, we have concluded that they are sufficiently robust to avoid this happening. It is important to note that movements require the permission of the controlling signaller to commence.

We have noted the reporter’s comments about the use of radios and the potential difficulties that they have highlighted and will therefore be convening a review meeting to look for improvement opportunities in radio use. Additionally, on the back of the reporter’s comments, we have identified that the way the quality of radio and shunter/signaller communications are monitored and recorded can also be more robustly undertaken.

Our Depot Operations Manager will therefore be developing and implementing an improved unobtrusive monitoring (and feedback) process for radio/phone shunter communications.

Once again, we’d like to thank the reporter for their observation - in our opinion, a fresh voice from the frontline can influence people to reflect and review current arrangements for safety and consider better ways to do things.