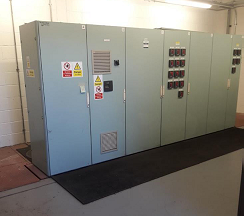 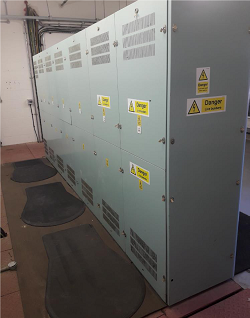 All items have been removed from the switch room and placed in the stores.

A plant workshop extension has been built to give increased space for tooling and equipment.

Items currently in the stores will be sorted out to go into the new building.