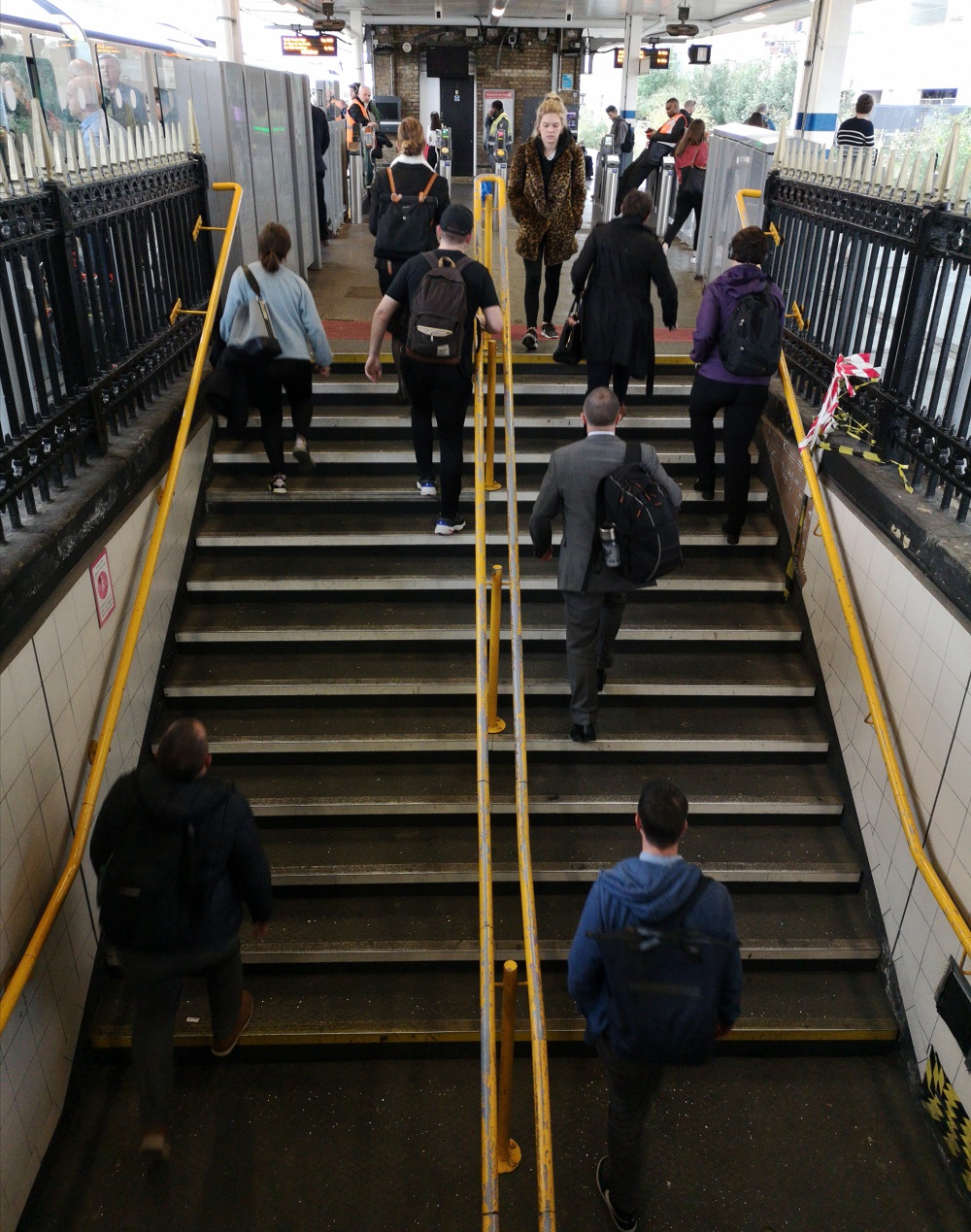 Stairs leading to the subway between platforms.

We would like to thank the reporter for raising this matter. We have been trying to find a solution that would not impact on the operation of the railway and signaller workload.

NR have liaised with GTR and the Incident Officer to understand the crowding concerns and the impact on passengers. GTR and NR are monitoring the number of late platform changes. Regular communication is now taking place between both parties to monitor frequency and take relevant action.

NR signallers endeavour to ensure trains call at the advertised platforms, but sometimes platform changes are unavoidable. At Finsbury Park station, when the platform is changed for services with minimal or no warning, it causes passengers to rush under the subway and on the stairs, where they interact with other customers. This presents obvious safety risks at a busy station. It also presents a performance implication, as doors are often held to allow customers to alight the train. GTR have worked with NR to raise awareness of the inconvenience this causes to customers, and the hazards of large numbers of customers moving between platforms in the narrow subway.

The issue has been acknowledged by both parties and mitigations have been put in place. GTR have two staff located in the subway during the morning peak periods to direct customers, who are changing between National Rail and London Underground services, and keep them moving. NR have briefed signallers at King’s Cross PSB to reduce the number of platform changes, or at least allow sufficient time for passengers to change platform.

Actions taken as a result of this report:
The operations team for NR for Kings Cross PSB have worked with GTR colleagues to try and reduce these occurrences and mitigate the risk. NR have refreshed and re-briefed the procedure for signallers to provide adequate notice to GTR of platform changes. This should allow customers to move between platforms without rushing and avoid conflicting movement on the stairs and in the subway.

Some additional actions have also been undertaken by NR:

Short-term and long-term solutions considered:
A long-term solution being looked at is a possible handheld Global System for Mobile Communications-Railway (GSM-R) for Finsbury Park station staff to improve communications on the platform. Information from the monitoring of any issues is now fed back weekly to Network Rail Operations.