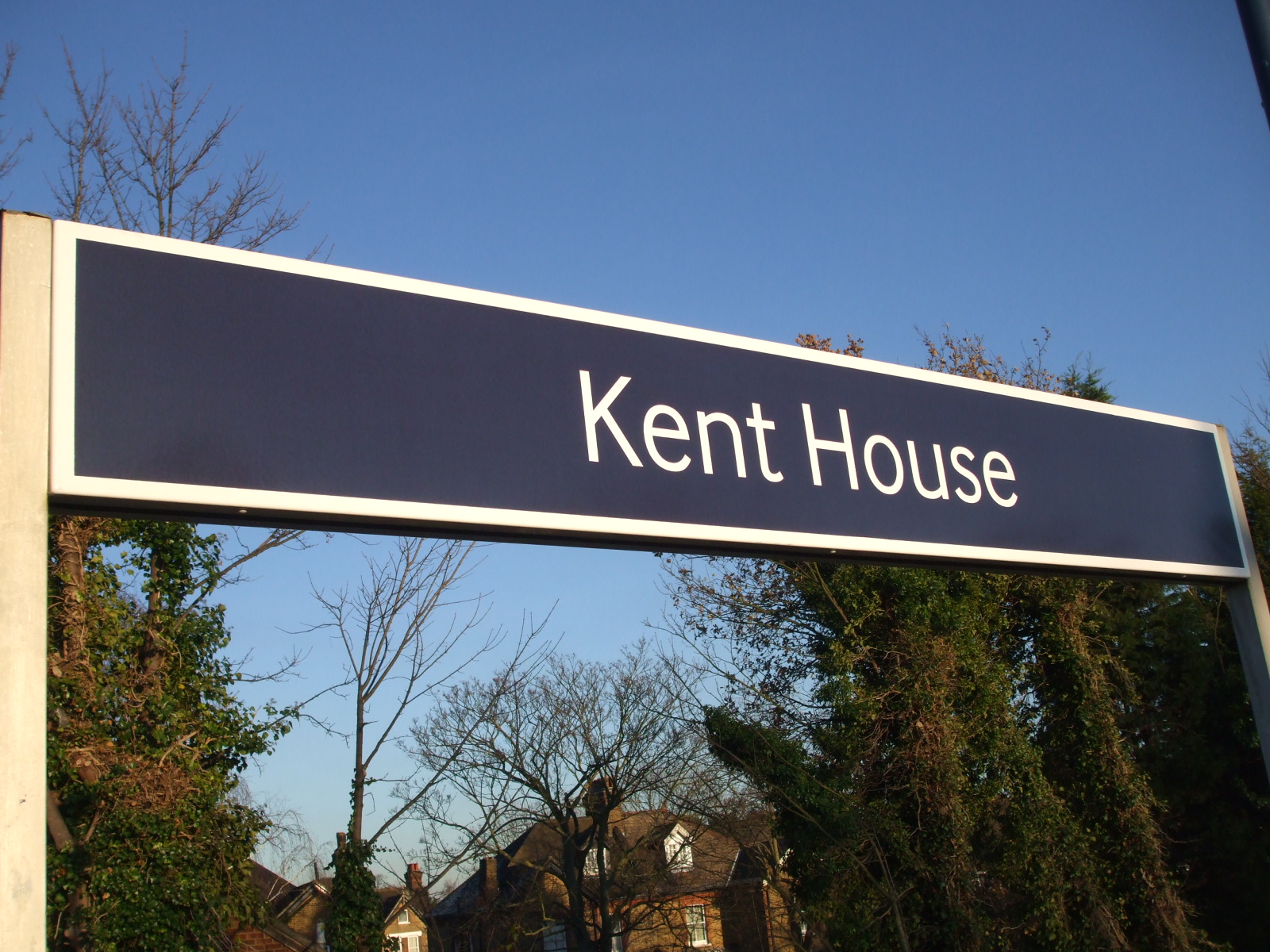 Concern
A concern has been raised regarding permanent safety and security signage on the Northbound slow platform at Kent House Station. The reporter advises that on the slow platform there are some recently installed signs attached to the railings at the top of the stairs.

The signs have come away from one of the fixtures - the concern is that it could fall off and injure a passenger. In addition, there is a risk the sign could come away from the fixtures and potentially fall onto the tracks, which could cause operational incidents.
The reporter believes that the signs have not been installed safely and there was apparently no review following the work being completed.

The reporter asks if Southeastern could:

Southeastern's response
Southeastern would like to thank the reporter for raising their concern regarding the signage at Kent House Station. The position of the poster boards in question has been strengthened with wooden braces to hold the frames securely against the railings as shown below. The signage at Kent House has been reviewed by the Station Manager and found to be secure. 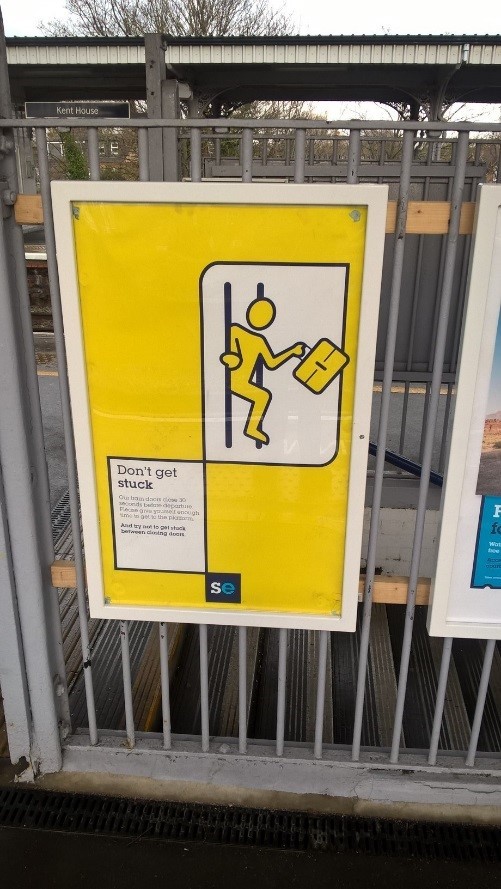 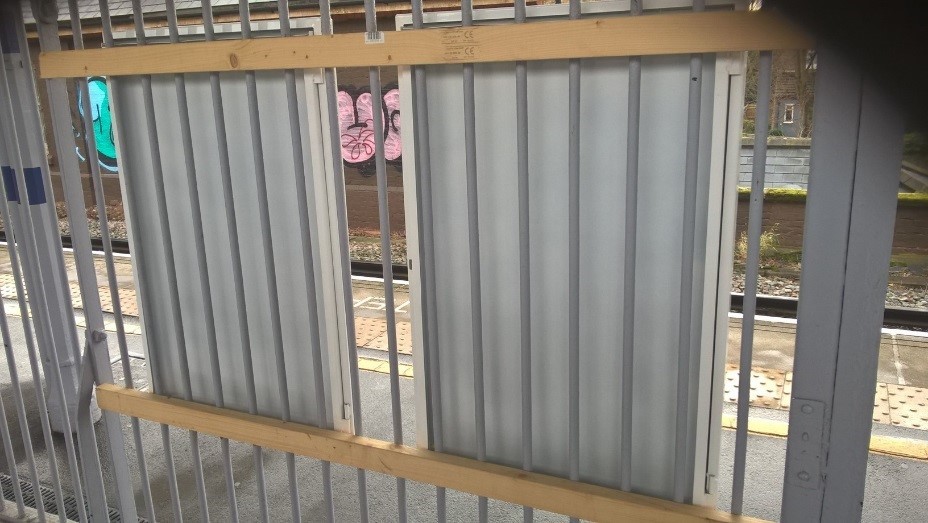