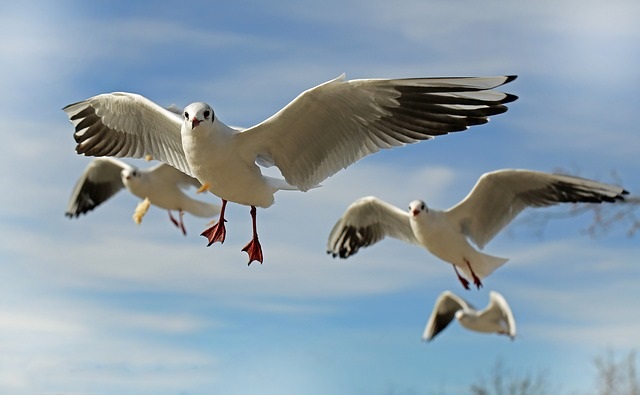 Concern
A reporter raised a concern regarding a seagull infestation at Kirkdale Depot, which was causing an unpleasant environment for staff. According to the reporter, the seagulls were nesting on top of the old cleaning shed at the depot. As there was no alternative walking route, staff were required to walk past the shed multiple times during a shift. The reporter observed the seagulls attacking staff – recently, this had got worse as they were protecting chicks. Additionally, the reporter expressed concern about the exposure to seagull droppings, which were present over a large portion of the depot.

The reporter was concerned that staff could potentially get injured by a seagull, or could catch a related disease.

The reporter asked if BAM could:

BAM Nuttall’s response
We were made aware of the issues earlier this year and contacted the relevant specialists. Both BAM’s Environmental team and the external specialists, agreed that it would be unlawful to move the nests. This ‘problem’ is one that is faced by seaside towns throughout the country, peaking in the nesting season and when the birds are trying to protect their young.

It can be minimised by people staying away from areas with nests where possible, not having food on display, cleaning guano off roads, paths and cars when found, and wearing appropriate (Personal Protective Equipment) PPE in the areas of concern. Personnel have been briefed on the issues and made aware of the controls being implemented.

All personnel entering site, already wear standard PPE, gloves, glasses and hardhats, to prevent contact with the guano. They were also reminded of the need for hand washing following return from site and/or contact with contaminated surfaces and control of food waste, particularly from canteens.

BAM have been and continue to use a road sweeper three times a week, to clean the roads and access paths. This measure removes the seagull droppings at the main site access areas.

The consensus from the specialists is that the seagulls do not attack, but try to scare people away from their chicks at certain times during the breeding cycle. The other issue is droppings on vehicles. Though this could be dealt with by continual jet washing or building a cover over the parked cars, it would be impractical to do so and cost ineffective.

An additional challenge is that all wild birds, their nests, eggs and chicks are protected by law (Wildlife and Countryside Act 1981). Even an empty unoccupied nest may not be removed within the breeding season. In practice, this means that any measures to proof buildings or clear old nests at the end of the season must be completed in winter. In very particular circumstances, property owners can have nests and eggs removed by a specialist contractor, under the terms of a Natural England General License.