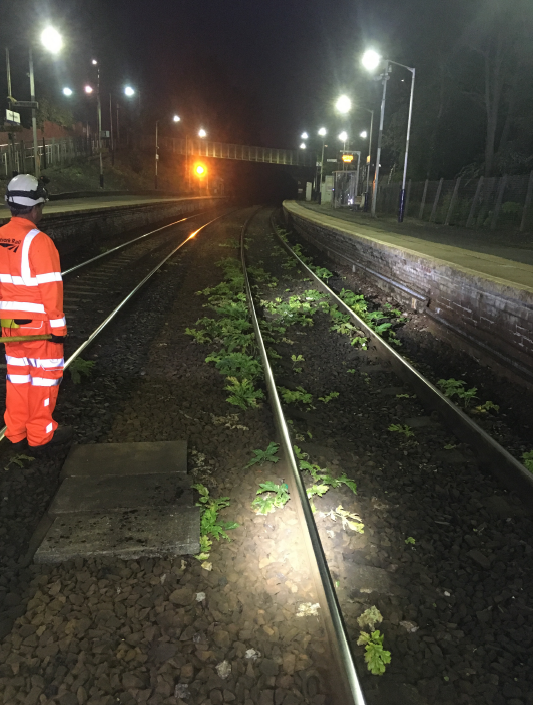 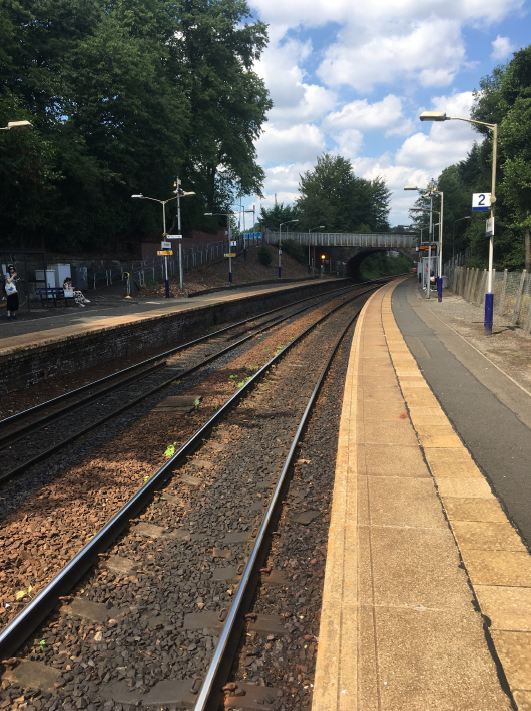 © Network Rail. Hogweed present on the tracks (left) and after hogweed has been removed (right)

Concern
Sap from this plant can also cause temporary blindness if it comes into contact with someone’s eyes. The hogweed has begun to grow in the four foot and six foot on the tracks, putting track workers at risk. The reporter was concerned the giant hogweed will continue to grow and could potentially result in an injury to staff or passengers and asked Network Rail if they could remove it.

We have been manually treating this site for the last six years with the first recorded weed killer spray in May 2012, with one full treatment on an annual basis.

In addition, the weed killer train runs through this section on an annual basis treating the full extent of the track formation - the most recent treatment took place in June 2018. Because current containment methods were not proving successful, an additional manual spray was undertaken through the affected section - this was completed in July 2018 and further potential approaches were discussed.

Actions taken
As a result of the CIRAS report being received, a site inspection was carried out in July 2018 to fully understand the current issue prior to deciding on appropriate actions to rectify the issue.

The additional spray of the full section has had positive results with a noticeable decline of the giant hogweed in the vicinity of the station, the four foot of the station and through the length of the general presence.

Further large scale works were planned and completed by the end of August 2018. All the flowering heads of the giant hogweed were bagged, secured and removed to an approved waste control site, whilst all remains of the plant within our boundary, and on adjacent land, were sprayed. All giant hogweed throughout the track formation were removed.

The outcome of the thorough inspection and the agreed approach of bagging, securing and removing the flowering heads of giant hogweed would be appropriate in future where any infestation begins to encroach on public areas like stations or level crossings.